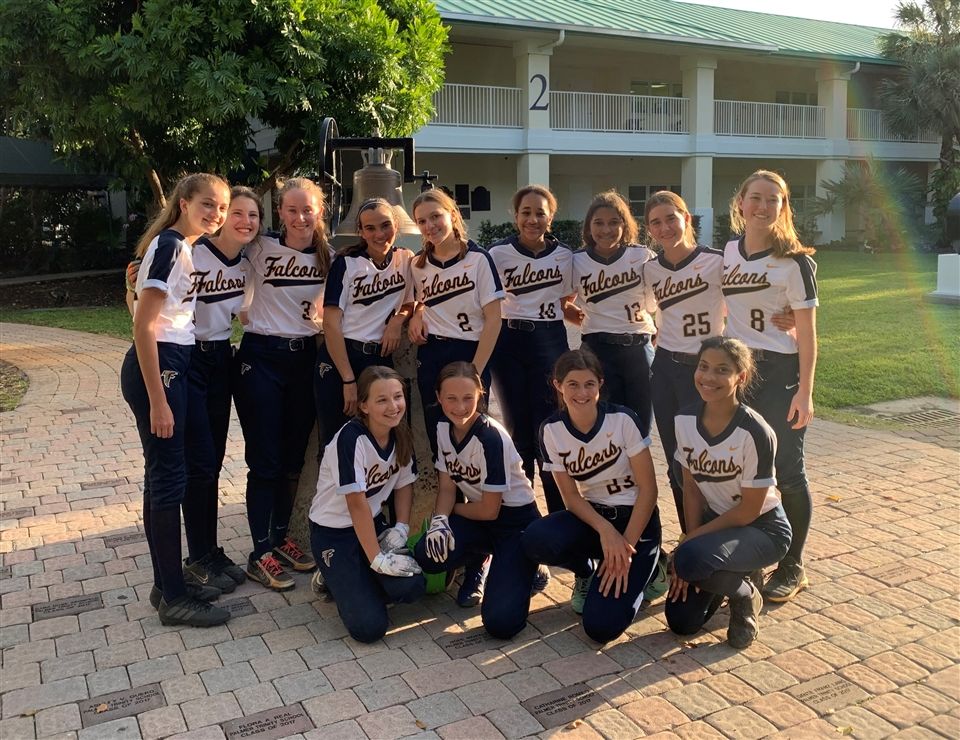 3/11/2020
Finding themselves trailing by two runs heading into the bottom of the 7th inning, the Varsity Softball team kept their composure and strung together a series of hits to escape with a 13-12 victory over Carrollton. Down by a run, Caroline Zamek '21 tripled, followed by Emme Fundora's game tying RBI double. A few batters later, Callie Crews '25 came to the plate with the bases loaded and hit a walk-off single to give the Falcons the win. Emme Fundora '23 got the win on the mound with nine strikeouts and went 2-4 with an RBI at the plate. Hannah Baron '22 went 4-4 with two RBI's. The Falcons (3-1) will travel to Miami Christian on Thursday, March 12th at 4:00 pm.