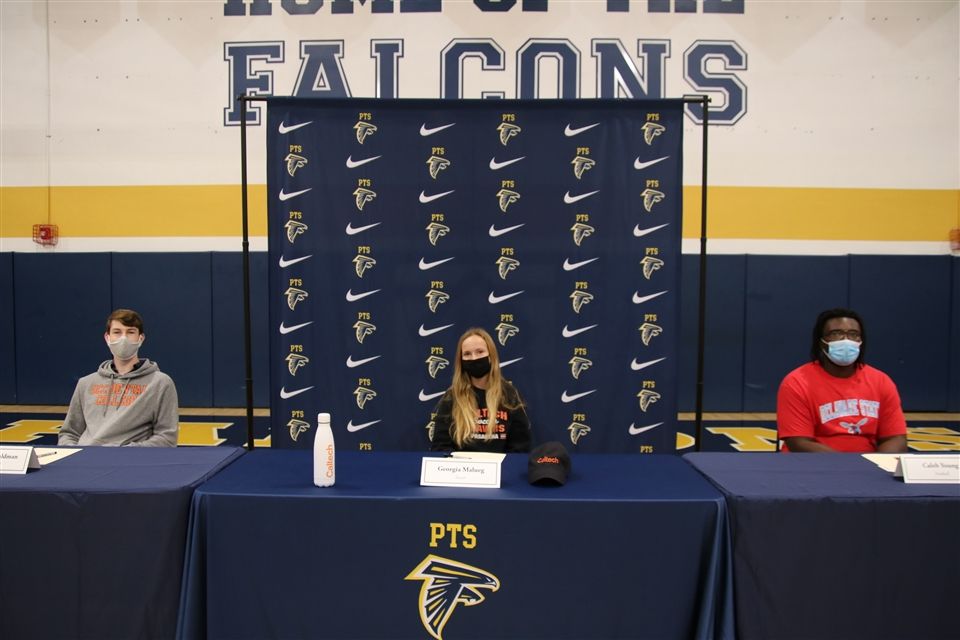 Malueg was a star on the Varsity Girls Soccer team for the past five years. She was selected by the Miami Herald to the All-Dade First team in 2019 and 2020, the All-Dade Third Team in 2017, and as an All-Dade Honorable Mention in 2021.

Young was a force on the Offensive and Defensive Lines for the Varsity Football team the past three years. He was named to the All-Dade Second Team in the Fall of 2019 and as an All-Dade Honorable Mention in 2018. Young was also named First Team All-Conference the past two seasons. He finished second on the team in both tackles and sacks as a Senior.

We can't wait to see what is in store next for these three Falcons and we are so proud of all they accomplished here at Palmer Trinity!