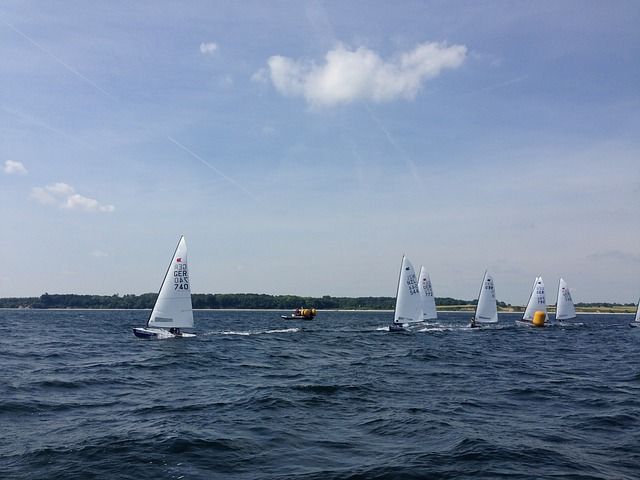 6/15/2021
Palmer Trinity School (PTS) is pleased to announce that it has officially launched its coed youth Enrichment Sailing Program. Earlier this week more than 30 parents and student-athletes attended an Information Session/Open House to view the boats and visit the PTS practice facility.

“We are grateful to the Bake and Benesch families for their gracious donation, support and guidance in starting the school’s first sailing program,” stated Patrick Roberts, Head of School.

As part of the South Atlantic District (SAISA), Palmer Trinity School will compete with other schools in Miami-Dade County. The SAISA encompasses Florida, Georgia, South Carolina, North Carolina, Tennessee, Northern Alabama, and islands in the Caribbean.

The PTS team has two 420 boats, a Coaches boat, a trailer (parked on campus), and safety gear. The coaching staff of Chris Craven and Eddie Mintzias, who both have a background in college sailing, will lead the team.

The PTS sailing fall season will begin in August with the second season following in the spring. Student-athletes will practice on Mondays, Tuesdays, and Thursdays at the US Sailing Center Miami. The coed team will participate in one Regatta per month.
Back