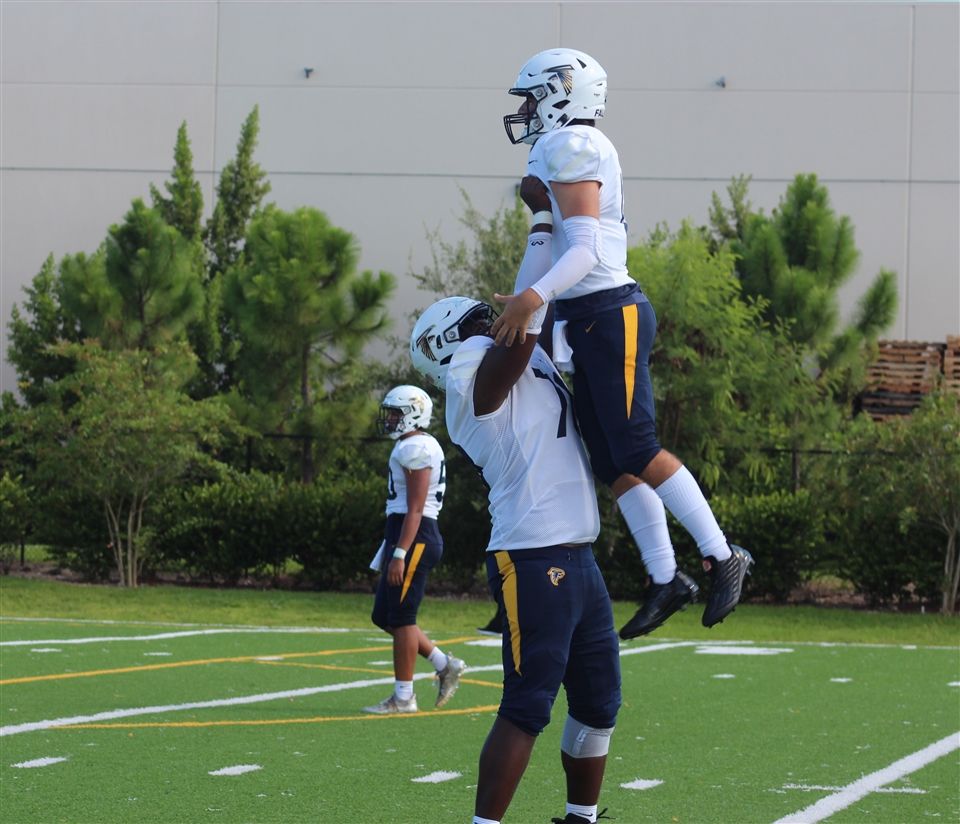 Aden Davenport '23 completed 8/11 passes for 87 yards and a touchdown to lead the Falcons. Jahmir Everett '23 opened the scoring and finished the day with six receptions for 85 yards and a touchdown. After going into halftime tied 7-7, Andres Williams '24 put the Falcons back ahead with a rushing touchdown. Minutes later, Lucas Alonso '24 came down with an interception and scored on the next play to go up 19-7 and the Falcons would hold off the Hurricanes.

Williams led the offense with 128 yards rushing on 12 carries. Defensively, Matteo Blanzuoli '25 led the team with seven tackles and three tackles-for-loss. The Falcons will return to action for the home opener on Friday, September 9th at 4:00pm when they take on Archbishop Carroll.