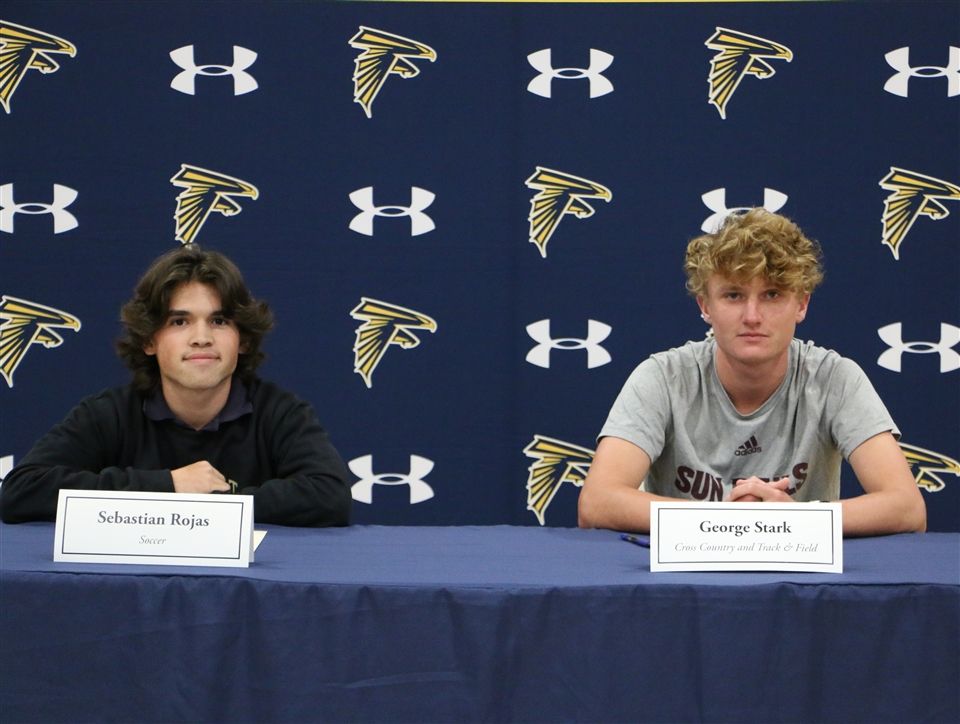 4/26/2022
Congratulations to Sebastian Rojas and George Stark who will be continuing their athletic careers at the NCAA level.

Sebastian Rojas, in addition to his time spend on the Varsity Boys Soccer team, is a back-to-back Miramar Cup champion as a member of Miami FC and Strikers FC and has won the GFL Cup in Germany. Sebastian has signed to play Soccer at Piedmont University.

George Stark will continue his Cross Country/Track & Field career at Arizona State University. Stark has been selected to an All-Dade team seven times, including First Team All-Dade in 2019 for Cross Country. Stark has also medaled at the State level multiple times and is the school record holder as a member of the 4x400m and 4x800m relay teams.