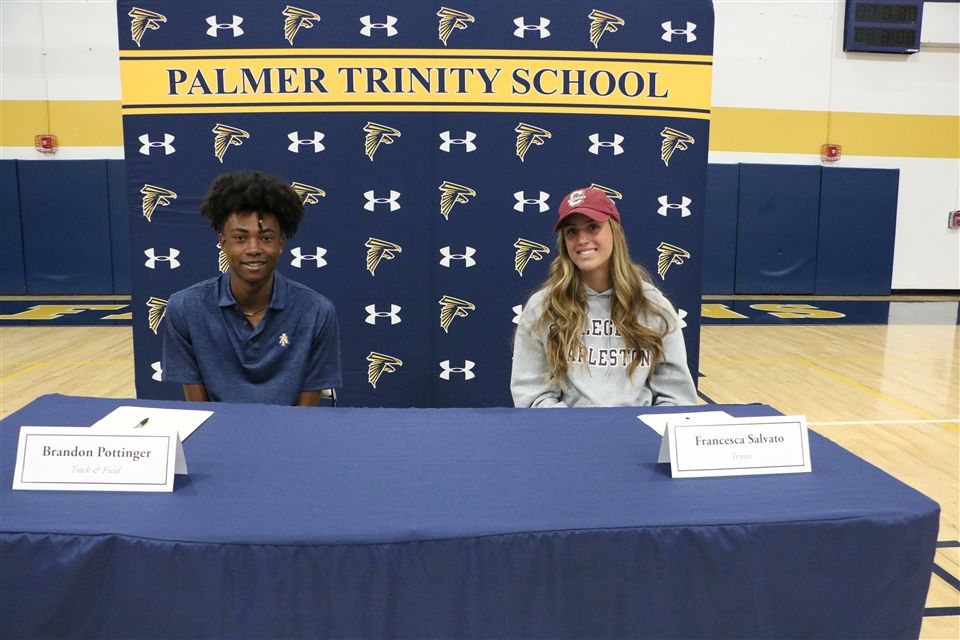 4/12/2022
Earlier today, Brandon Pottinger and Francesca Salvato signed to continue their careers at the NCAA level while surrounded by family, friends, teachers, and coaches.

Pottinger will continue his Track & Field career at North Carolina A&T. Pottinger was the 2021 FHSAA Class 1A State Champion in the High Jump, the first Falcon to win a Track & Field State Championship since 1993. He was named First Team All-Dade in the High Jump and Second Team All-Dade in the 4x100m in 2021. Pottinger also holds the school record for the 100m, 200m, High Jump, Long Jump, and as a member of the 4x100m, 4x200m, and 4x400m teams.

Salvato signed to the College of Charleston Tennis program. In her career at PTS, Salvato was named First Team All-Dade in 2019 and was the FHSAA Class 1A State Runner-Up that year. Salvato has kept her position as #1 Singles Player at PTS since her freshman year and is also a Level 5 USTA Tournament Champion.

Best of luck to both of these tremendous Falcons and we can't wait to see what the future has in store for you!
Back