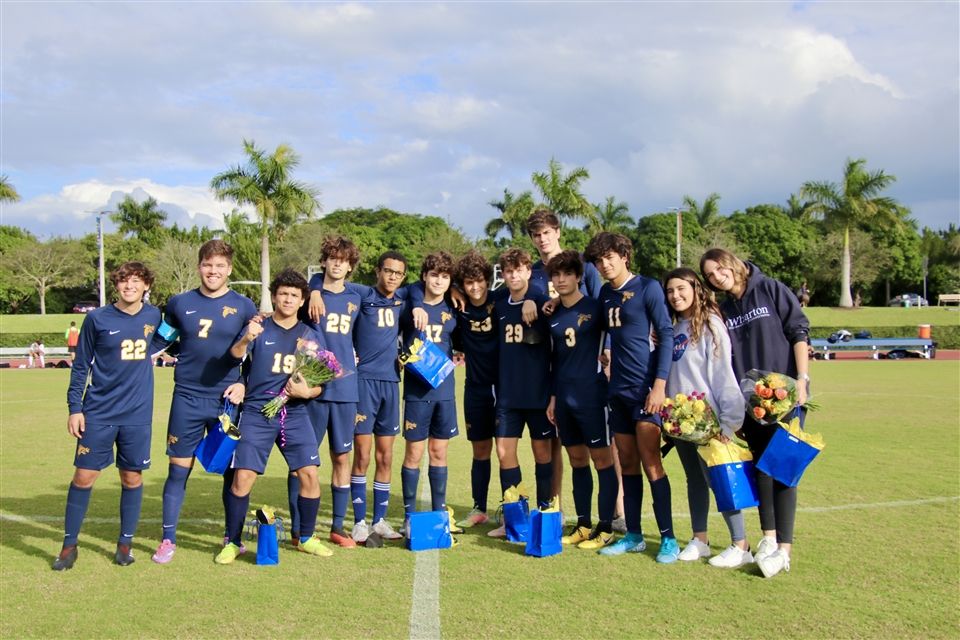 1/12/2022
Fourteen members of the Varsity Boys Soccer team were honored for their commitment and dedication to the program in a pregame ceremony prior to the Falcons match-up against Miami Southridge. Thank you to Lucas Bayas, Robert Capo, Esteban Espinoza, Maximilien Geslin, Lucas Leon, Marcos Leon, Hermogenes Lopez-Pulido, Andre Malha, William McIntosh, Alejandro Miyasaka, Thomas Rincon, and Felipe Tobias. The Falcons would also like to thank their senior managers, Camila Lander Torbar and Sophia Milian for all of their contributions.

During the game, Palmer Trinity played Southridge to a 2-2 draw. The team will be back in action on Thursday, January 13th when they host North Broward Prep at 3:30pm.