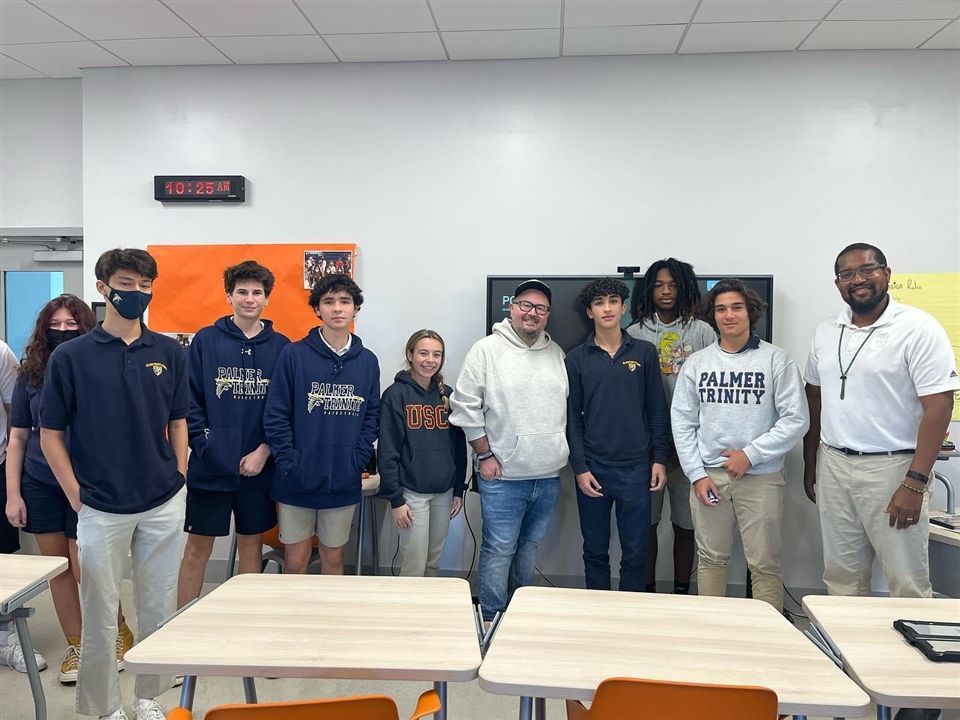 1/4/2022
Horacio Rodriguez '00 was introduced to the world of music through his family and Palmer Trinity School. During his time at Palmer Trinity, Horacio enjoyed playing the drums in the pep band.

Horacio comes from a family of musicians, but for him, it was important to “build his own castle,” so, he earned a degree in Audio Engineering from FSU and FIU and opened a recording studio in Miami because he wanted to learn to record music.  Horacio used some innovative techniques to master the recording of drums and eventually decided that he wanted to learn the business side of the music industry.  Through a PTS fellow alum, Horacio learned about an internship that was being offered by Universal Music Group.  Horacio landed the internship, and went on to get hired as an administrative assistant, and worked his way up to become the Senior VP of Marketing for the Latin Music Division.  Horacio had an amazing career with Universal Music supporting artists such as Luis Fonsi, J Balvin, and Karol G, and others.

A Visit to PTS
On December 1,st Palmer Trinity’s Music Production students were fortunate to have Horacio as a guest speaker.  Horacio shared with students that a career in one of the many facets of the music industry is completely attainable if you’re passionate about music and work hard.   Horacio has achieved enormous success; however, his biggest challenge was overcoming the fear of pursuing a career in such a distant field.  Horacio shared that the key to success when leading his team is effective communication.  He recalled Mr. Rosen’s speech class, where he mastered the art of public speaking and communication.  Horacio feels blessed that he is able to make a difference in the world through music, which serves as a universal language for so many.
Back