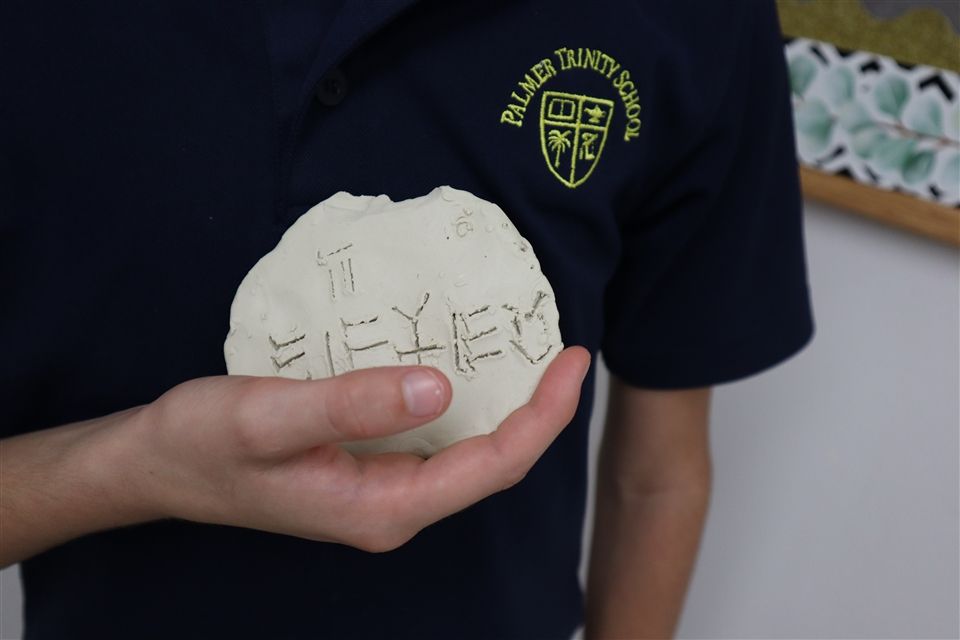 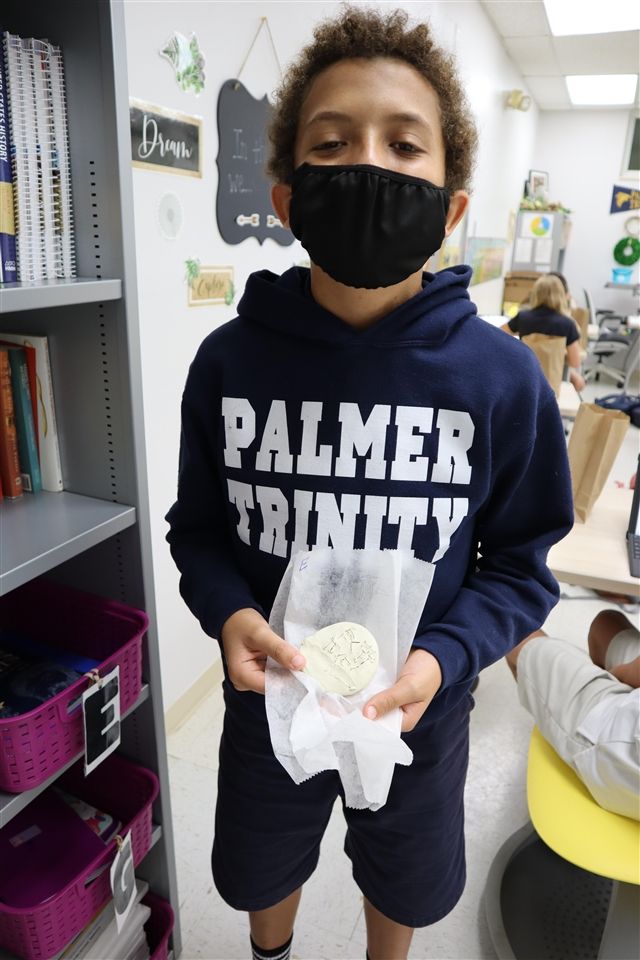 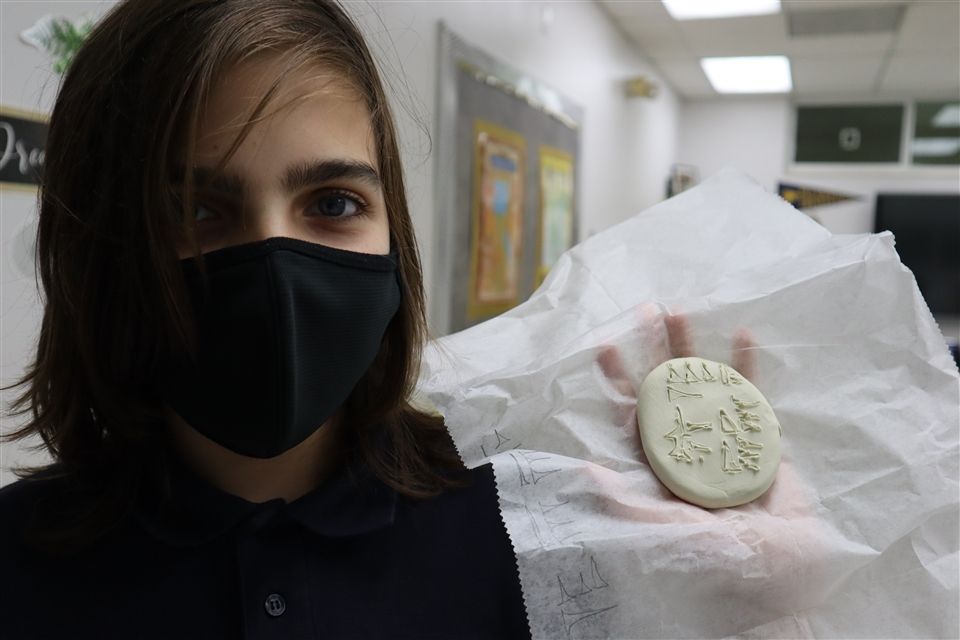 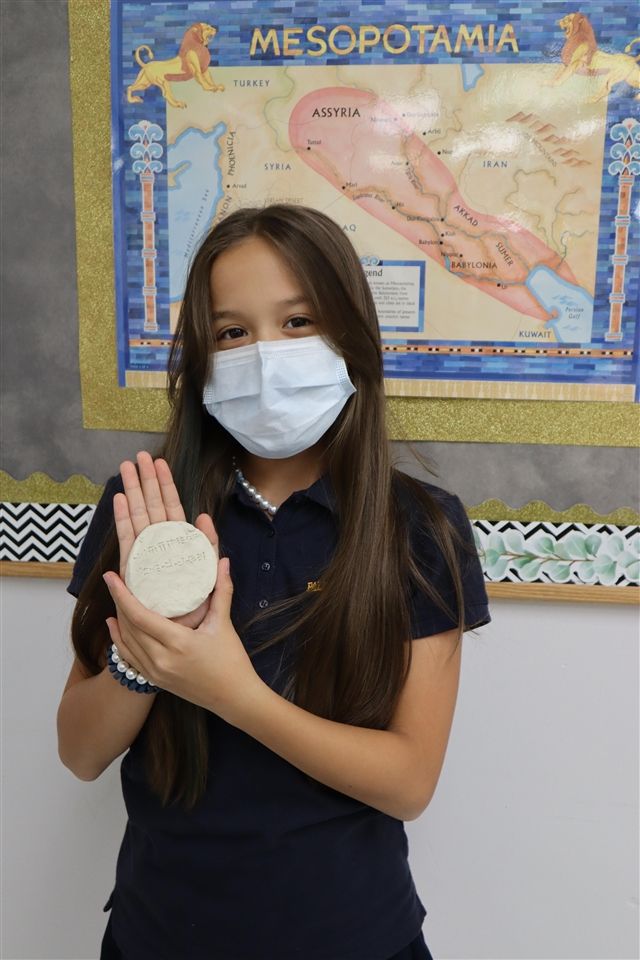 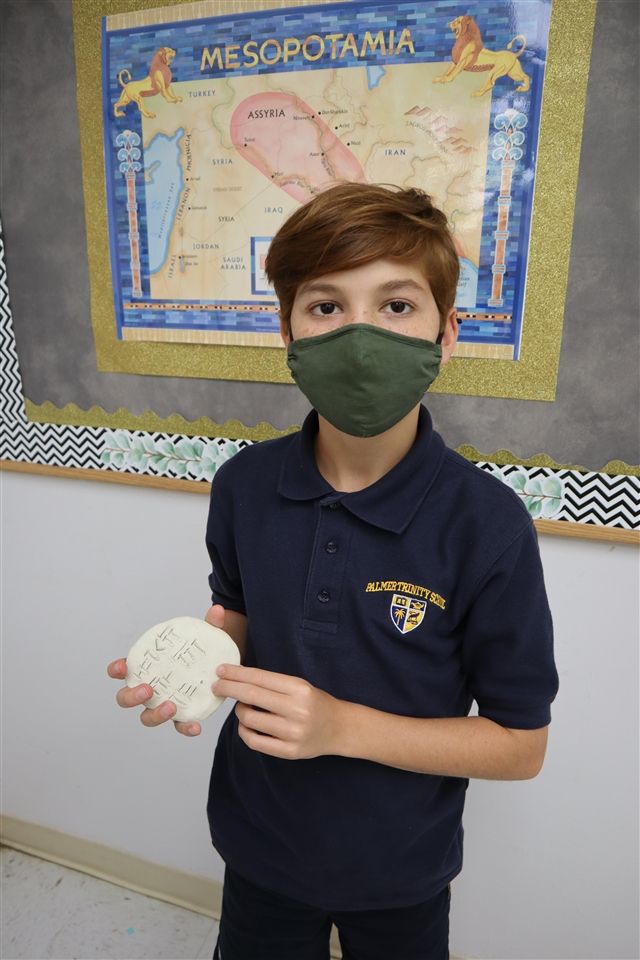 11/8/2021
Sixth grade students in World Cultures class had a fun, hands-on activity as they learned about Ancient Mesopotamia.

Students wrote their names in clay using an ancient writing system called cuneiform, a logo-syllabic script. In the Ancient Near East, it was used to write at least fifteen languages, from the early Bronze Age until the beginning of the Common Era.

No doubt this lesson will be 'etched' in their memories!
Back