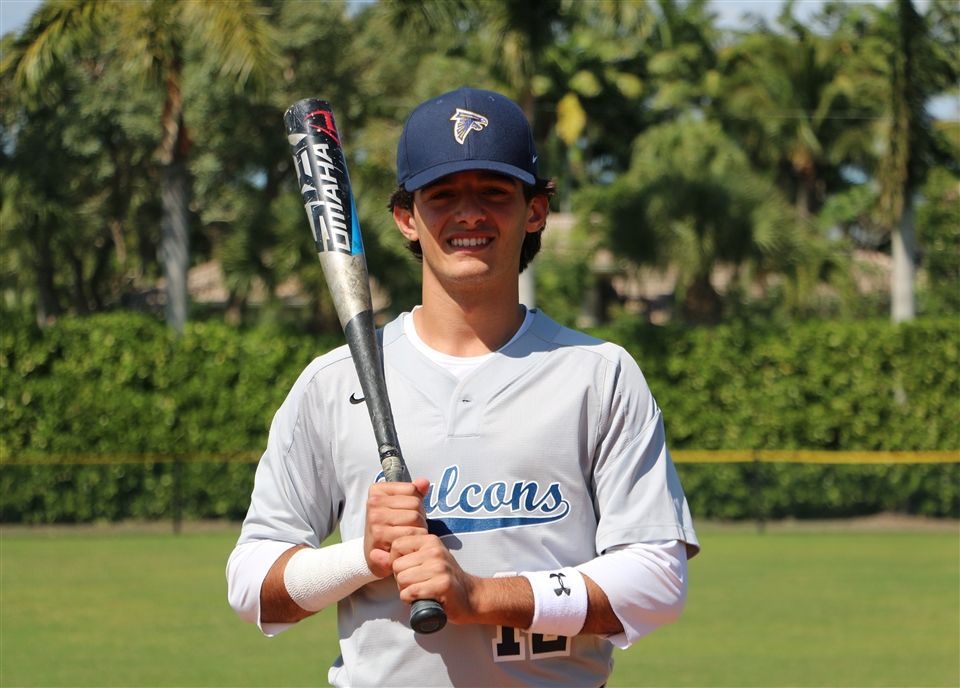 3/6/2020
Since Gabriel Rodriguez started playing baseball at this age of four, he found his home in the middle infield positions. However, when he was brought up to Palmer Trinity’s Varsity Baseball team and noticed there was a gap at the catcher position, he was quick to volunteer. Just a few years later, Rodriguez has mastered arguably the most difficult position in baseball, has been selected to the South Florida Baseball Conference First Team and All-Dade Honorable Mentions two years running, and has signed to play baseball at NCAA Division II’s Embry-Riddle Aeronautical University.

Palmer Trinity Varsity Baseball Associate Head Coach, Jeff Rose, notes that it was his unselfishness that allowed him to succeed at this new position. “The combination of talent and unselfishness is rarely found in high school athletes and Gabe Rodriguez has an abundance of both,” Rose explains. The senior, who travels throughout the state of Florida during summer on the Elite Performance travel team, notes that with younger players constantly looking up to him, he makes sure, no matter the circumstance, to keep spirit up through hustle and hard work.
Rodriguez recalls his recruitment process as long and hard. He participated in numerous showcases and tournaments, sent out countless e-mails to coaches, and faced a life-altering decision. He considered Massachusetts Institute of Technology (MIT), Rensselaer Polytechnic Institute (RPI), and Penn State, but ultimately chose Embry-Riddle, citing the highly ranked aerospace engineering program and successful baseball program as the combination that sold him. On signing day, Rodriguez was surrounded by his family, coaches, and the Palmer Trinity Class of 2020 as he emphatically announced his decision and thanked all those who worked tirelessly with him to get him to this point. Rodriguez recalls the best part as “being able to see how happy everyone was”.
The staff at Embry-Riddle should be excited. Rodriguez’s senior year is off to a stellar start. He leads the team in batting average (.500), hits (5), runs (4), walks (3), is tied for the team lead in RBI’s (3) and homeruns (1), and is yet to strikeout. However, as successful as Rodriguez is on the baseball diamond, he is equally successful in the classroom. He believes his high academic marks are a direct result of his ability to balance academics with athletics and prioritize what needs to get done. Rodriguez looks forward to his next chapter and believes Palmer Trinity prepared him to succeed at the collegiate level.
Off the diamond and outside of the classroom, the lover of sushi enjoys spending time with his friends and family and watching the sport he loves dearly. Additionally, he has been an active member of Big Brother Little Brother, hoping to mentor younger students. His favorite movie is Legend and favorite band is Anuel AA. Lastly, Rodriguez is an active contributor on Tik-Tok and encourages all to check out his page.
Come out and support Gabriel and the rest of the Palmer Trinity Varsity Baseball team as their season is well underway and looking to compete for the South Florida Baseball Conference Championship.
Go Falcons!
Back