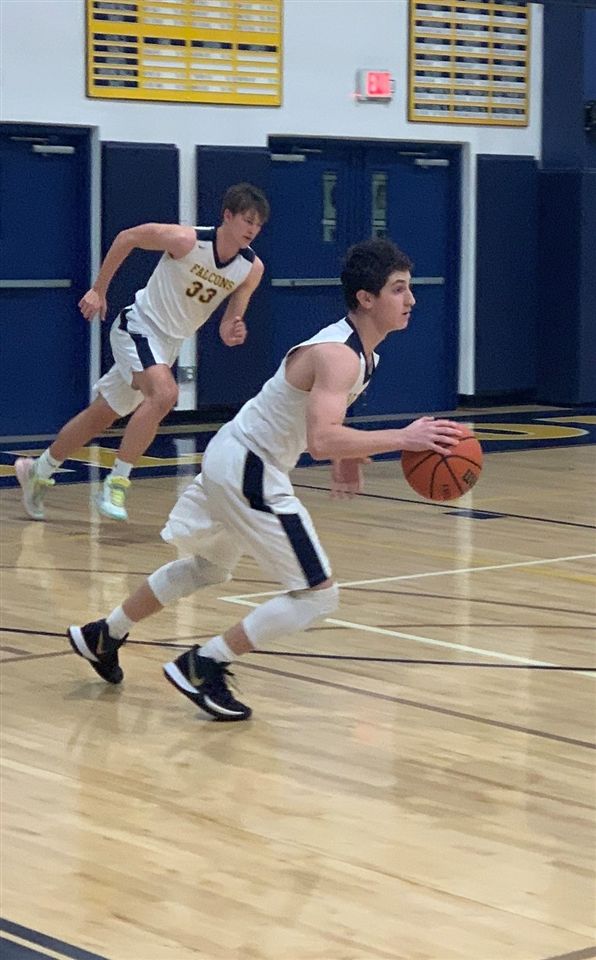 1/23/2020
Congratulations to the Varsity Boys Basketball team for two wins in as many nights as the team races towards the District Tournament. On Tuesday, the Falcons hosted Palm Glades Academy and went on to a 65-18 victory on the heels of Gabe Friedland's 16 points, nine assists and five steals. Ernest Robertson, III added 14 points and eight rebounds.

On Wednesday, Palmer Trinity traveled to Coral Shores and came away with a 65-20 victory. Friedland shined once again, scoring 20 points with six assists. Silas James earned his first double-double of the year with 15 points and 10 boards.