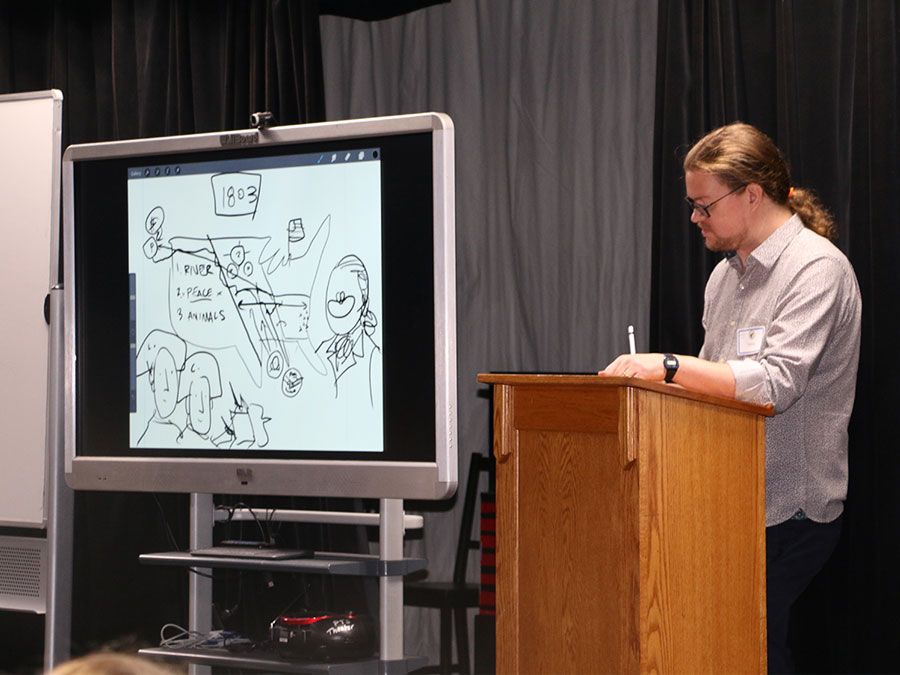 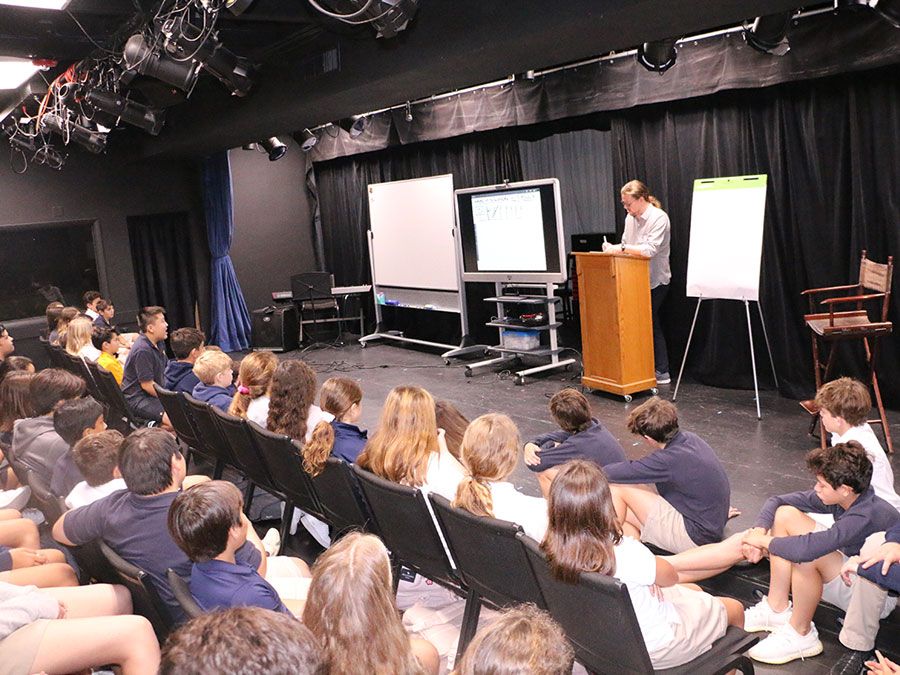 1/14/2020
Middle School students in English, history, and art had the opportunity to meet with the Eisner-nominated and New York Times best-selling author, Nathan Hale. Mr. Hale is also a history buff of sorts, best known for his sci-fi horror comics One Trick Pony and Apocalypse Taco, as well as the New York Times best-selling graphic novel series on American history - Nathan Hale's Hazardous Tales, which currently includes nine tales of American History. He is also the illustrator of the graphic novel Rapunzel’s Revenge and its sequel, Calamity Jack, as well as Frankenstein: A Monstrous Parody, The Dinosaurs' Night Before Christmas, and many others.

The students were all ears and eyes as they anxiously anticipated the next tidbit of information as Mr. Hale spoke of the Lewis and Clark Expedition while simultaneously keeping them on the edge of their seats with his captivating graphics.  Students learned the skills of being a good storyteller, asked questions about breaking into a career in writing or as an illustrator, and also learned about the amount of research involved in fact-checking stories and history for accuracy.
Thank you to Mr. Hale for his time, and also to our local bookstore in the Grove, Book & Books, for offering many of our Middle School English, history, and art students the opportunity to meet one on one with an Eisner-nominated and New York Times best-selling author.
Back