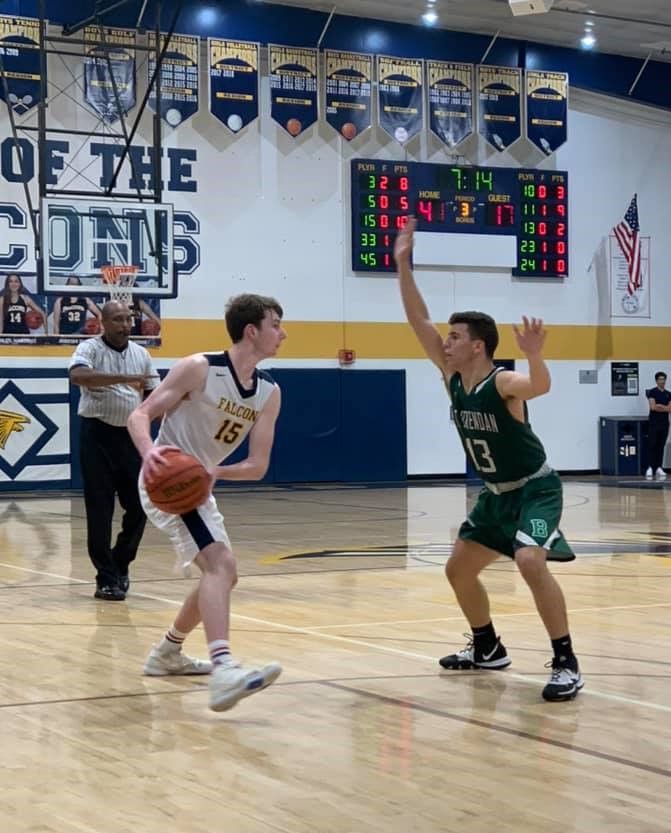 1/13/2020
It was a great weekend for the Palmer Trinity Basketball program. It all started on Friday when the Girls Varsity team traveled to Ransom Everglades and came away with a hard-fought 49-37 victory. Soleil Martinez led the Falcons with 17 points while Emily Montes added 14 points and six steals. Later that night, the JV Boys Basketball team defeated St. Brendan's 52-33 before the Varsity Boys Basketball team defeated the Sabres 62-26. Andrew Waldman had 14 points and Gabriel Friedland had 11.

On Saturday, all three teams traveled to Marathon and all returned to Palmer Trinity victorious! The JV Boys team won by a score of 57-38. The Varsity Boys came away with a 59-38 victory behind Ernest Robertson, III who had 15 points and three steals while Caleb Young added 12 points and grabbed nine rebounds. Finally, the Varsity Girls defeated Marathon 66-25 behind another great game by Martinez and Montes who each finished with 12 points to go along with Isabella Porto's 12 rebounds.

Additionally, the MSJV Boys Basketball team won the Miami Country Day Invitational Tournament after going 4-0, defeating True North Academy, Cushman, and Miami Country Day twice. The MSIM Boys Basketball team finished third in the PTS Tournament after a 39-33 win over Westminster Academy. The MSV Boys and Girls teams each went 2-0 for the weekend as well with wins over Divine Savior and Gulliver.