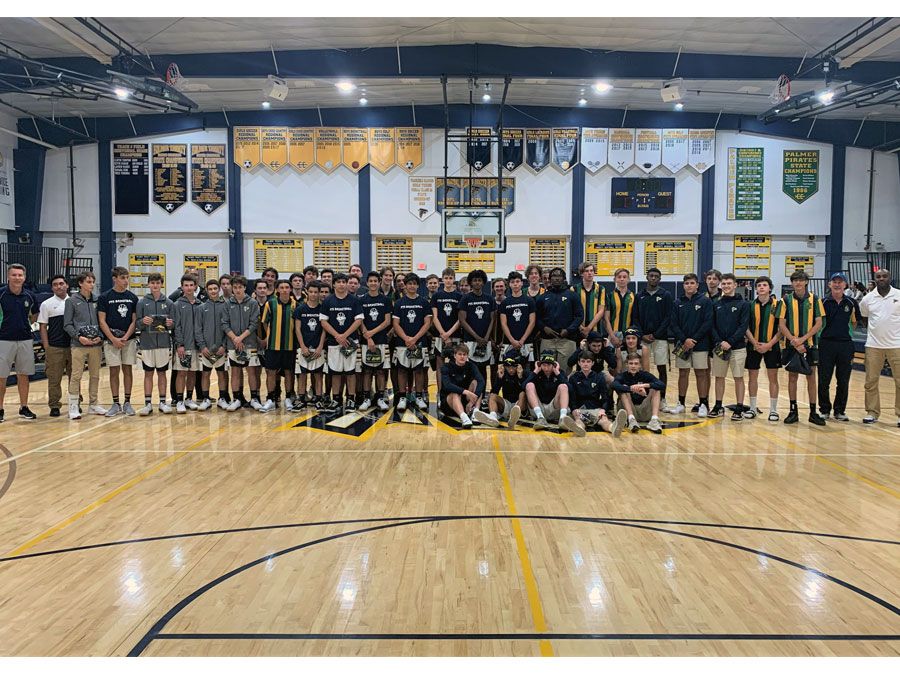 Prior to the games, the teams came together to exchange gifts representative of each school, honor each country with the playing of the national anthems, and to pose for a few pictures. During the games, St. Kevin’s College came away with a 52-37 victory over the Palmer Trinity JV Boys Basketball team before the Varsity Falcons team evened the series with a 52-39 victory.

We thank St. Kevin’s College for visiting Palmer Trinity and wish them the best of luck in the rest of their games and safe travels for the remainder of the trip.
Back